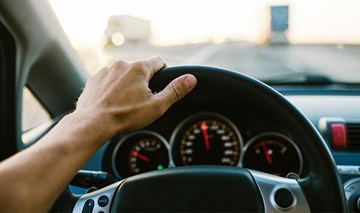 Yes, How You Drive Affects Your Gas Mileage—By 20% or More

Eager to hit the road this summer? Your driving habits may need a tune up, or your wallet’s gonna spring a leak.

The U.S. government predicts gas prices to be more expensive this summer than last. Your big road trip doesn’t have be more expensive. Instead, one of Interstate’s many car-loving experts offers a new perspective on your miles per gallon rating.

And it’s all about changing how you drive.

“Obviously, the car plays a big part of it. Let’s just take an F-150. It takes more horsepower to push those down the road than it does a [Mazda] MX-3, right?” said Joe Semens, Senior Applications Analyst. He’s an engineering expert at determining which batteries go into which cars and trucks, and a car guy who grew up amid the rise of car culture. “Now, in traffic, the little car guy can wreck his gas mileage by stomping on it all the time.”

If you were driving during the Great Recession, you already know how fragile your gas mileage can be.

As gas prices rose in 2005-2008, commuters tried out more mile-per-gallon-friendly ways to drive. A 2006 how-to in the Washington Post popularized one style called “hypermiling.” Experts don’t recommend all their tricks, but scientists from the University of Michigan proved hypermiling actually boosted gas mileage by 20%.

And we’ll show you how to boost yours in five driving techniques.

DISCLAIMER: Your safety matters more than your fuel efficiency. This advice should only be used when doing so would not impair your ability to control your vehicle or respond in emergency situations. This article does not replace your good judgment when behind the wheel, and therefore, Interstate Batteries is not liable for any damages because of the way you implement this advice. The worst way to waste gas is driving unsafely; ask anyone who’s wrecked a car after filling up the tank.


1. Learn to pulse and glide

This is the driving technique scientists proved. It’s called pulse and glide. Gather speed up to 50 mph (the pulse) and coast until you hit 30 mph (the glide.) Your average speed is 40 mph – but with 20% better gas mileage than if you were holding the gas pedal at a constant 40 mph.

“You want to try and coast as much as you can,” Joe said. “It takes more power to get up to speed than it does to sustain that speed because momentum is carrying you forward.”

To do it, just release the gas pedal while you’re moving forward. As your vehicle slowly decelerates, you rack up gas-light mileage thanks to your forward momentum and physics.

You’ll get even better mileage if you time your pulse and glide with hills. If you accelerate (pulse) downhill then coast (glide) uphill, you’re storing potential energy and spending it to conserve momentum while going up any grade.

Keep in mind that the least efficient gas you’ll use is when you accelerate from a full stop at the bottom of a hill.


2. Coast and cut down on the brakes

Avoid turning your expensive fuel into brake dust unnecessarily. To “time a stoplight,” decelerate early (by coasting) and keep rolling toward the traffic light until it turns green. If you’ve timed it right, you’ll avoid a full stop – and that’s great for gas mileage.

Now, you must stop for stop signs. Almost everything else you can anticipate and manage.

Look at all traffic lights, yours and theirs, on city or suburb roads. When crossing traffic gets a yellow, you know you’ll get a green soon.

Match speeds with the car two spaces ahead to fix phantom traffic jams. You can “time” traffic jams. Create extra distance between you and the car ahead. Match the speed of a car two or three spaces ahead, then coast carefully. If you time it well enough, you’ll speed up traffic for your whole lane.

Pay attention to the terrain. Coast well in advance of static obstacles such as road curves, hill crests and dips that block the road ahead.

Every time you press the gas pedal, you draw a specific mixture of air and gas into the engine. The stoichiometric mixture won’t change (your sophisticated engine will see to that,) but all the gas you give doesn’t turn the wheels. Some turns to soot, crud on your catalytic converter, excess heat, noise and smoke.

Push it more, and you waste more.

“Remember, a lot of [gas] goes up as waste,” said our resident car expert and battery applications engineer. “Think of an engine as a big air pump, and you’ve got the control of how much air goes in with your gas pedal. When you open the throttle to let more air in, you have to add more gas, too.”

Coax the engine from first gear to second without sending more gas than the engine can burn efficiently.


4. Cut the engine instead of idling

That’s what the U.S. Department of Energy proved in a recent University of Chicago study. Analysts at the Argonne National Laboratory measured fuel usage in a 2011 Ford Fusion (6-speed automatic with the 2.5-liter engine) when idling and when restarting. They found the spikes in fuel use after a cold start and a restart were less than the total fuel used in just 10 seconds of idling.

This lesson shouldn’t come as a surprise. That’s the entire premise behind start-stop features in new cars. However, the technology and systems also kill the engine at traffic lights and in traffic jams.

Unless you’re driving one of those, don’t stop your engine unless you’re sure you won’t move. Otherwise, cut the engine. Save the gas.


5. Drive the speed limit or less

Going faster than highway speeds will also cost you more fuel without returning much time savings. (It’s also against the law.)

“It’s all about making power. First law of thermodynamics, right? You can’t create power or destroy it. So you’re taking an air and gas mixture, burning it and converting it into mechanical motion,” Joe said. “If you want to go faster, you have to burn more. That’s the facts of life.”

According to the DOE, most vehicles start to lose fuel efficiency past 50 mph. If you’re going 15 miles at 75 mph, you’re going to spend about 20% more gas than if you went 60 mph – and you’ll only arrive two minutes earlier.

Two minutes in exchange for a big chunk of fuel? That’s a lousy trade. Instead, make it work in your favor.

Relax the gas pedal when you hit highway speeds and then use the pulse-and-glide technique. If you hit 65 mph and glide to 55 mph, you’re averaging 60 mph while saving gas and only adding a couple of minutes to your trip. Or, if you’re traveling farther than 15 miles, you could save yourself a whole gas stop. Now that’s a guaranteed way to save gas.

Join the conversation on Facebook and Twitter. Which technique will help you the most? Did any surprise you? Got a tip of your own? Tell us about how much gas you’re saving on your road trip this summer. 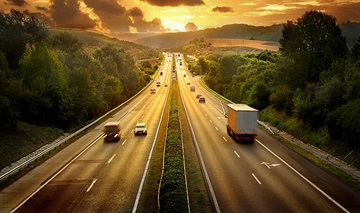 How Long You Have to Drive to Charge Your Car Battery
Need to recharge your car battery? Better pack for a road trip.
Read Time: 5 min 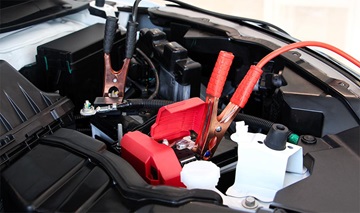 The Essential Steps to Charge Your Car Battery
We’ll cover the basics, including how long it takes to charge your car battery and how to avoid overcharging.
Read Time: 12 min 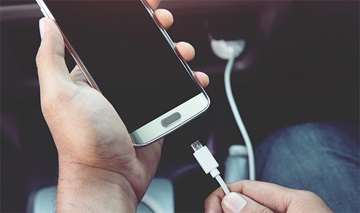 Why Your Phone Battery Is Dying So Fast
Your phone battery is draining so fast now because you haven’t learned how to care for the lithium-ion battery — yet.
Read Time: 9 min

How Long You Have to Drive to Charge Your Car Battery
Read Time: 5 min

Why Your Phone Battery Is Dying So Fast
Read Time: 9 min
Powered By OneLink